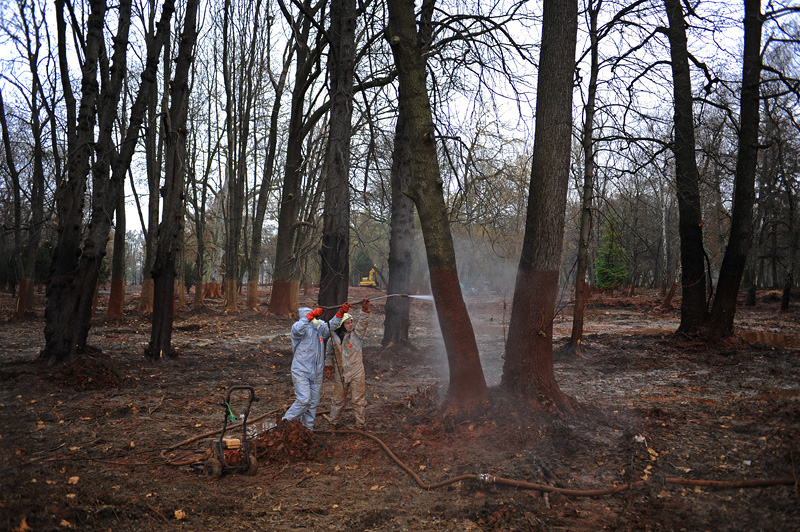 DEVECSER, HUNGARY. Clean up crews work to hose down contaminated trees in the castle park that schoolchildren used to play in on November 20, 2010 in the aftermath of a toxic industrial accident on October 4, 2010 that resulted from a rupture in a reservoir containing toxic alumina sludge in nearby Ajka, Hungary that sent hazardous red sludge gushing through Devecser and several surrounding towns, killing ten, injuring hundreds and leaving several families homeless.