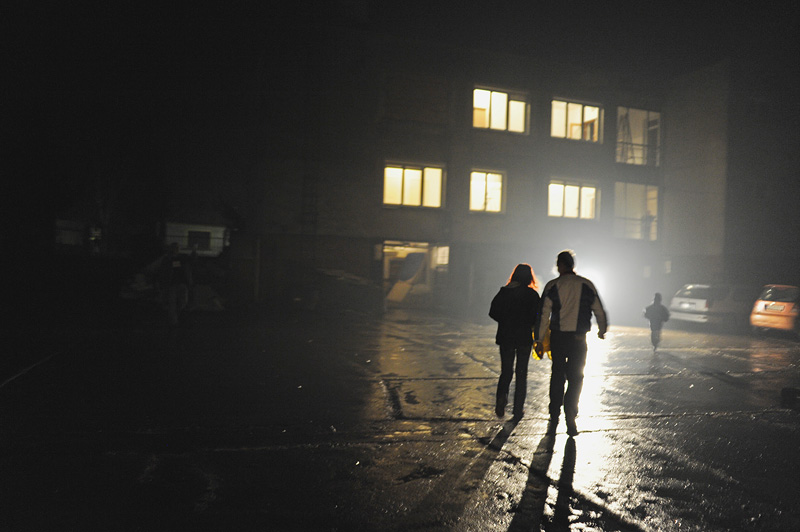 DEVECSER, HUNGARY. (L-r) Zsuzsa Riba, Gyorgy Janos Farkas, and Zsuzsa's son, Martin Riba, 6, return to the "New Beginnings" homeless shelter established by the church on November 22, 2010 after overseeing the unpacking of donated furniture from Germany into a storage shed behind the shelter. Hundreds were left homeless and injured and ten deaths resulted from an industrial accident on October 4, 2010 caused by a rupture in a reservoir containing toxic alumina sludge at the MAL plant in nearby Ajka, Hungary; while many have found temporary accommodations, the church has assisted a few families and individuals who were without recourse or options in the aftermath of such a catastrophe.