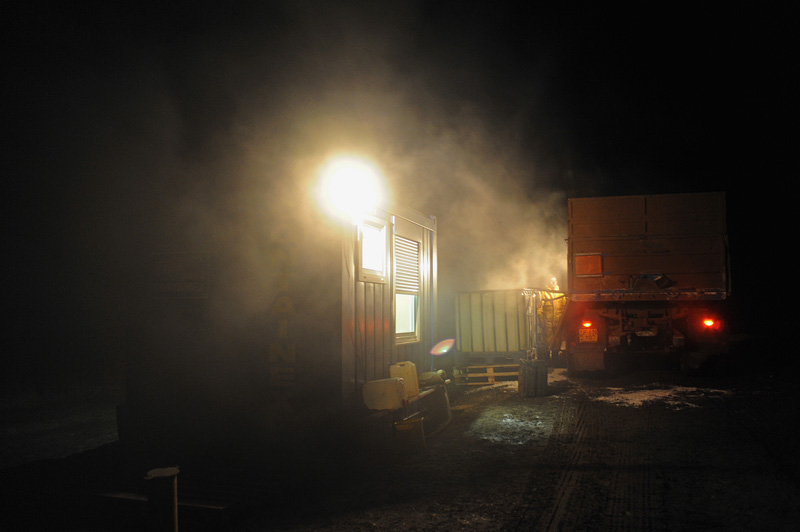 ON THE M8 HIGHWAY BETWEEN AJKA TOSOKBEREND AND KOLONTAR, HUNGARY. A floodlight captures what is likely illegal toxic dumping into the river alongside the M8 highway on November 25, 2010 in the aftermath of an industrial accident in Ajka, Hungary that sent a torrent of toxic red alumina sludge gushing into villages and the surrounding countryside. While nobody would disclose what they were doing, they allowed for photos on the grounds that a foreign photographer could not ask questions.