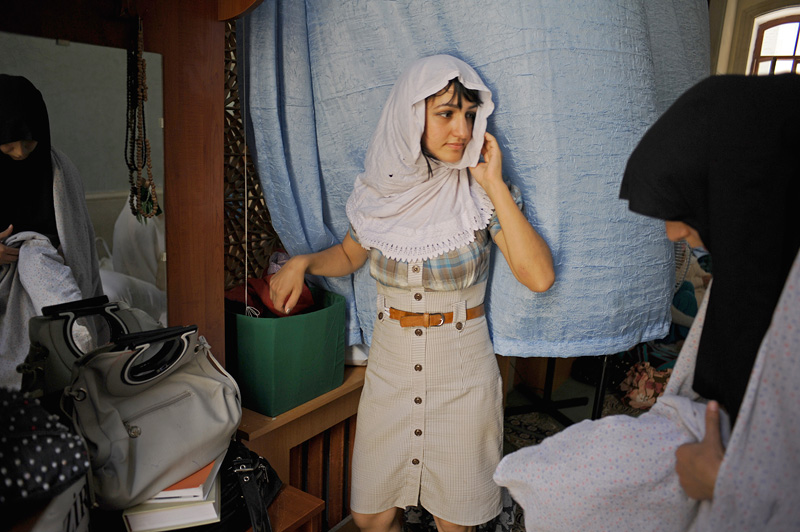 BAKU, AZERBAIJAN. Young girls dress themselves appropriately for prayer upon entering the Shi'a Icherishahar Djuma Masjid or Innercity Mosque for Friday prayers in the old city on July 2, 2010. Viewed as "the wrong message" by the ruling regime of Ilham Aliyev, Islam has been shunned in favor of opulence and materialism for the elite and the imam of the Icherishahar Djuma Masjid was replaced after dalliances with the opposition in 2005, the time of the last major civil disturbances, and Iranian-style clericalism; the wider effect in Azeri society of the corruption that resulted from the second oil boom of the 1990s has left the society of the elite with great wealth but an absence of moral leadership, yet few have turned to Islam for answers.