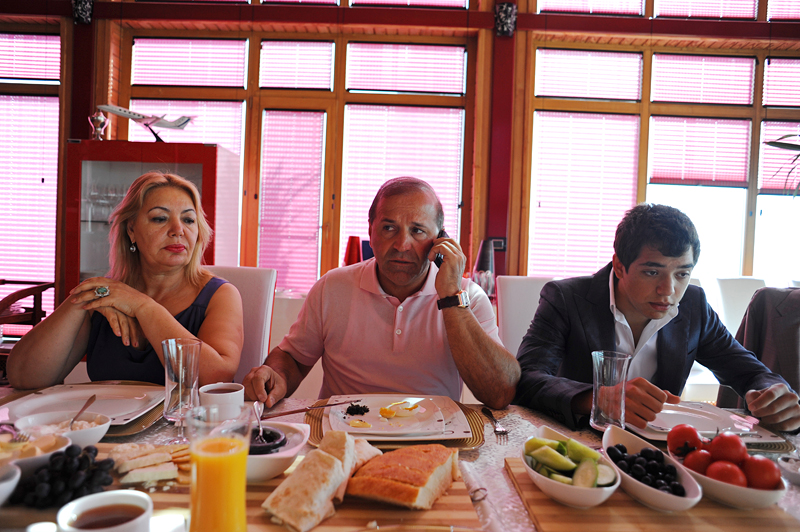 BAKU, AZERBAIJAN. (Center) Ibrahim Ibrahimov, an Azerbaijani oligarch and billionaire, talks on his cell phone at the breakfast table while seated between his wife (at left) Valida Ibrahimli and son Huseyn, 18, in one of several houses on his Caspian seaside property he used to inhabit with his family in the Garadagh region just southwest of Baku, Azerbaijan on July 18, 2012. Ibrahimov is the developer behind the Khazar Islands artificial islands project; in his private life, he enjoys building a home for his family, moving in, and then quickly tires of the property before building a new home on an adjacent lot on his seaside lands. (Credit: Amanda Rivkin/VII Mentor Program for The New York Times Magazine)