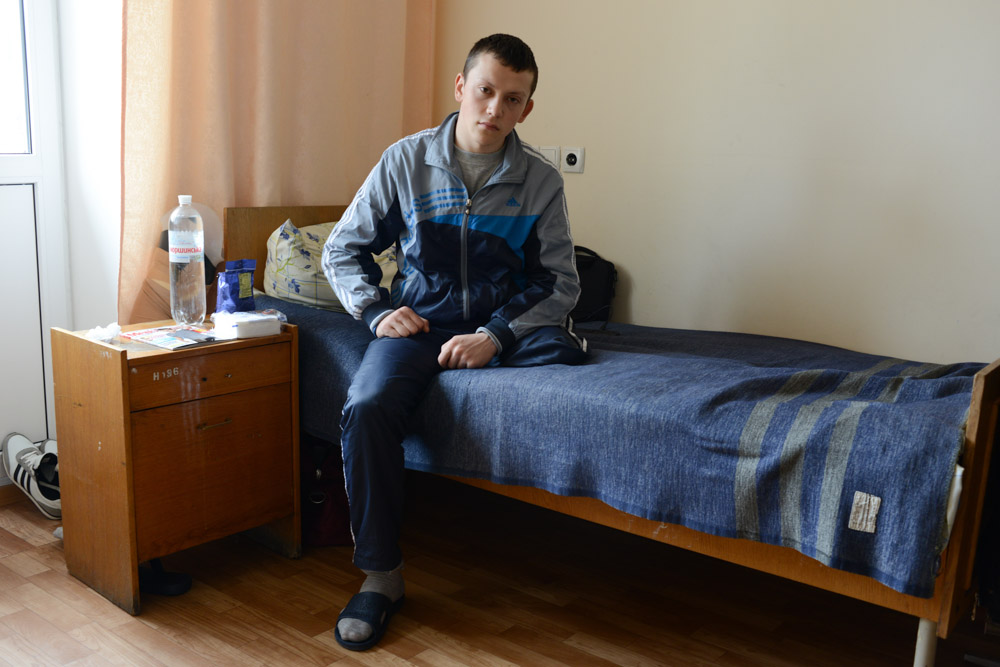 Refat, 19, a Ukrainian soldier from Crimea, sits on his hospital bed at the Main Military Clinical Hospital of the Ministry of Internal Affairs in Kiev, Ukraine on April 8, 2014. Refat was shot in the left knee by a sniper on February 20, 2014 while trying to maintain a line of soldiers on orders and had the lower part of his left leg amputated from above the knee.

"We had orders to stand in the line. In the morning, it was quite calm and silent and then the protesters started to attack and they threw a grenade and I walked away from there and then I felt a sniper's bullet in my knee. It was the morning of February 20 and we were unarmed. I was standing with just a shield. That morning there was shooting from both sides. The criminal case is still open and nobody knows why they were shooting. I blame the president. I want a normal president and stability to come to Ukraine. I want to stay in Kiev and enter the main university and study law. I want to become a prosecutor. I want things to be calm here in Ukraine." -Refat