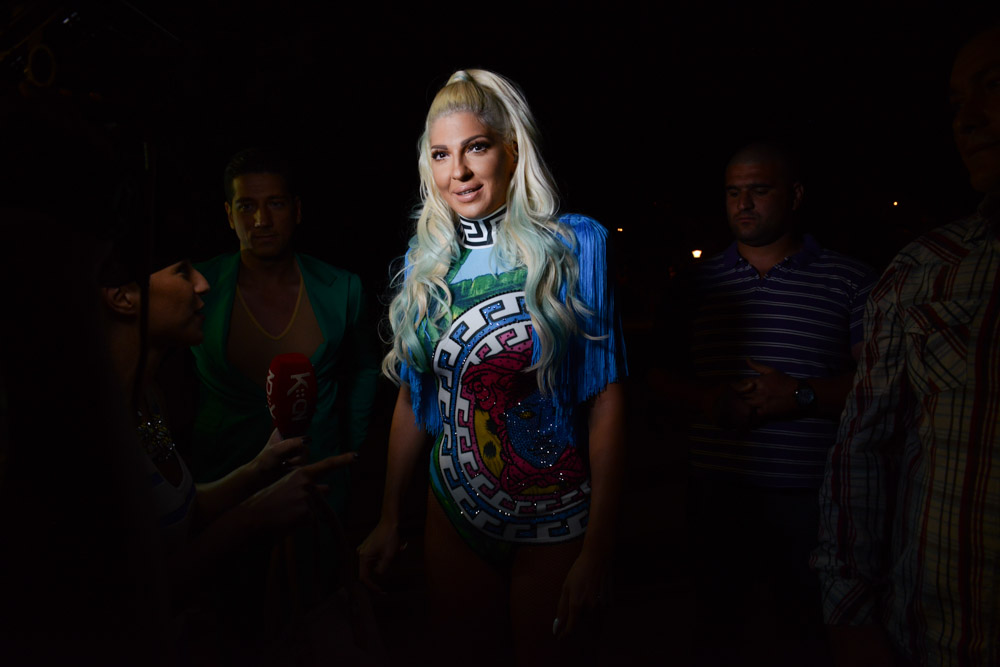 BELGRADE, SERBIA. Jelena Karleusa arrives in custom Versace according to her Instagram ahead of a concert on the splav, or barge, River on the night of July 3, 2015. Karleusa is the lone turbofolk star who has been outspoken on the issue of gay rights and many of her looks have been copied by the likes of Lady Gaga, Beyoncé, and Kim Kardashian; in an e-mail Karleusa declared she doesn't sing turbofolk music, despite having deep roots in the industry and coming up through the same television channels, venues and other mechanisms used to promote turbofolk, but refused repeated requests to clarify the description of her music.