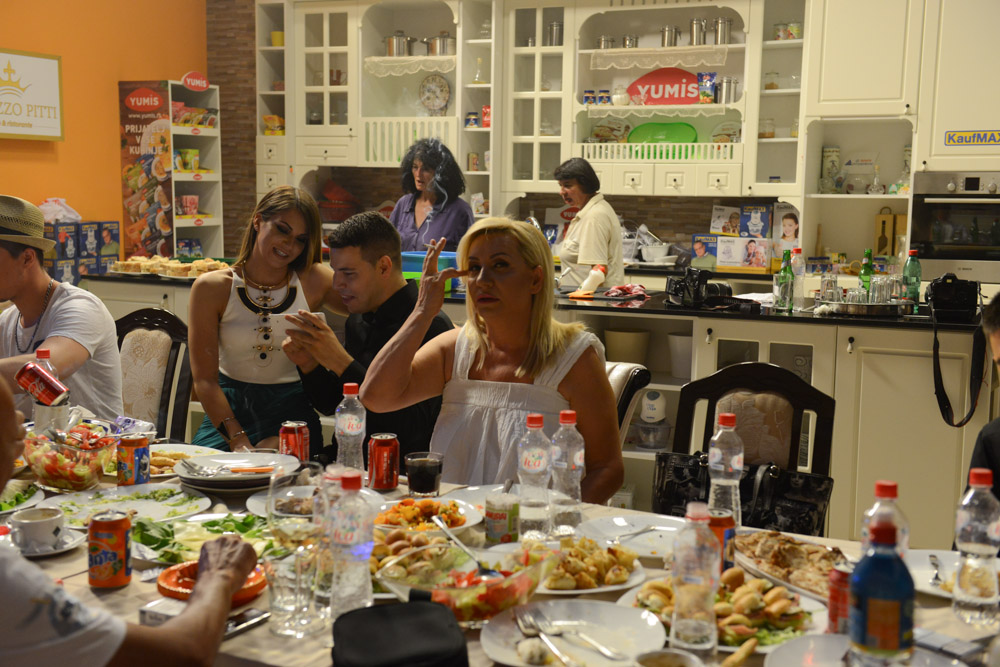 BELGRADE, SERBIA. Vesna Zmijanac, an aging star whose career extends back to the 1980s even before the advent of the music known as "turbofolk" and former mistress of the head of Serbian state television during the 1990s, smokes backstage after a performance on the set of "Zvezde Granda," or "Grand Stars," a premier turbofolk showcase on Serbian television station TV Prva, on July 1, 2015. Zmijanac's daughter Nikolija is a rising star of the turbofolk scene today.