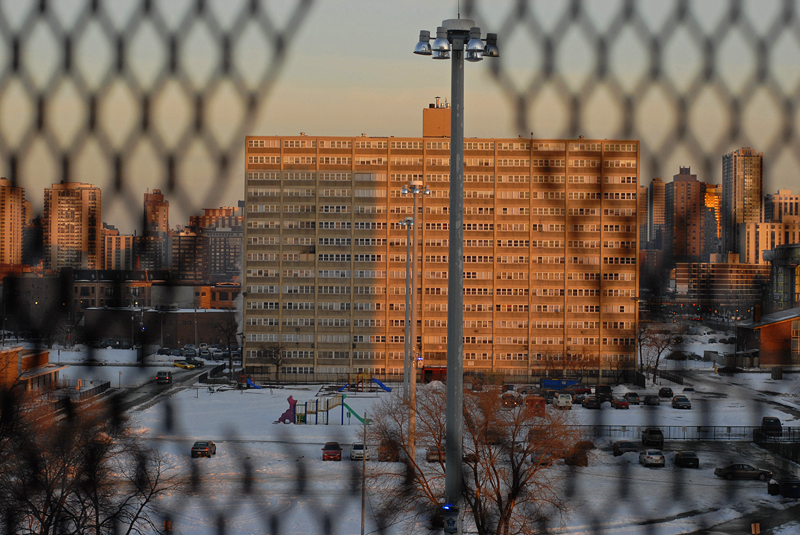 CHICAGO, ILLINOIS. One of the remaining high rise buildings left at the once sprawling Cabrini Green housing project on Chicago's Near North Side from the corridor of a Cabrini Green high rise at 1230 N. Burling on the northeast corner of North Halsted and Division Streets on December 18, 2007. Once dubbed "the worst housing project in America," Cabrini Green gained national notoriety in part for a rash of violent crimes, gang violence, and drug-related problems throughout the 1980s and 90s. For locals, though, Cabrini Green drew more attention than some of the city's other troubled projects because of its location at the nexus of three of Chicago's wealthiest, predominantly white neighborhoods of Lincoln Park, the Gold Coast (far left) and Streeterville (far right).