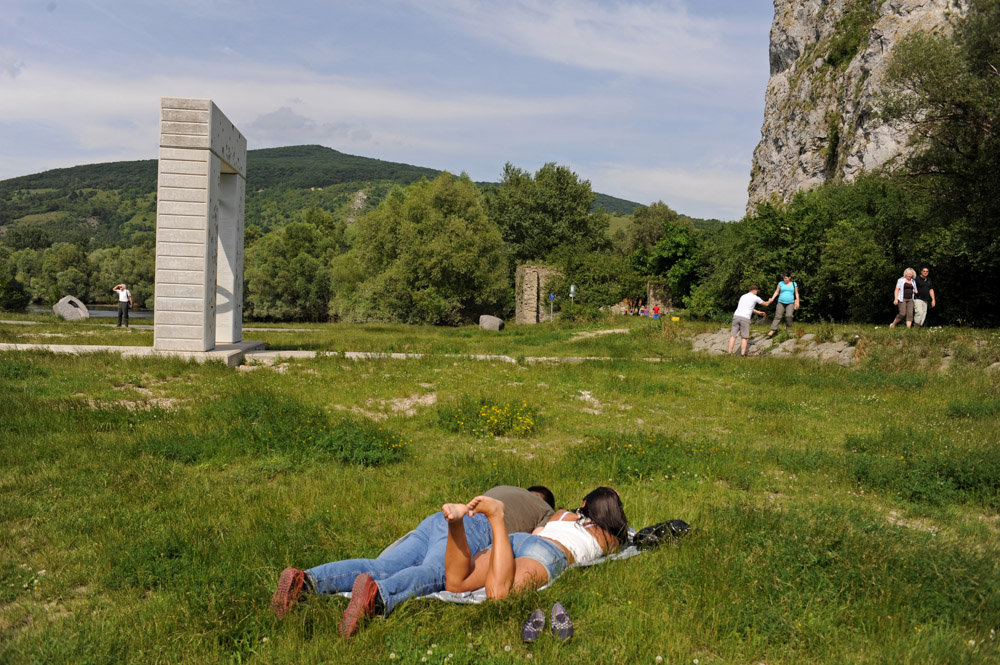 DEVIN, SLOVAKIA. Visitors are seen near the recently constructed monument to those who died trying to escape the communist regime by crossing into Austria by swimming a mere 40 meters across the Danube on June 26, 2010. Located beside the Devin castle, the once heavily fortified crossing point, among the most narrow in the former eastern bloc, was and remains a popular spot for local tourists and day trippers as the oldest castle ruins in Slovakia are perched on the adjacent hillside.