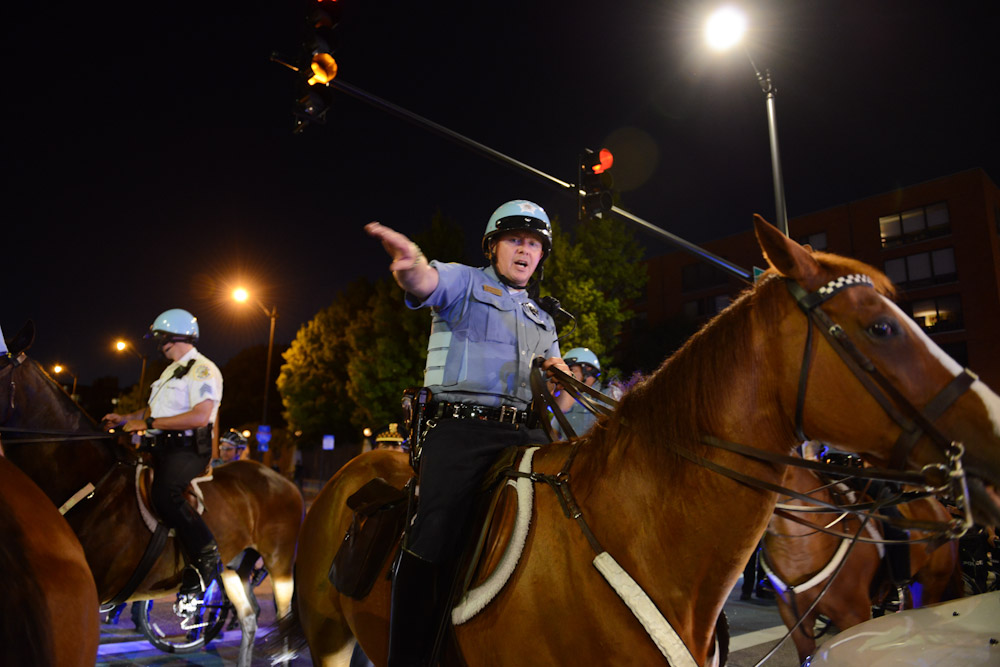 CHICAGO, ILLINOIS. Police end a sit in by charging at demonstrators with horses at the intersection of Roosevelt and State Street in the South Loop on July 9, 2016. Protests erupted nationwide following the police shootings of Alton Sterling who was selling bootleg DVDs outside a convenience store in Baton Rouge, Louisiana and Philando Castile during a routine traffic stop for a broken tail light in the St. Paul, Minneapolis suburb of Falcon Heights; on Thursday night, a lone gunman Micah Johnson fired and killed five police officers and injured several others during a Black Lives Matter protest in Dallas.