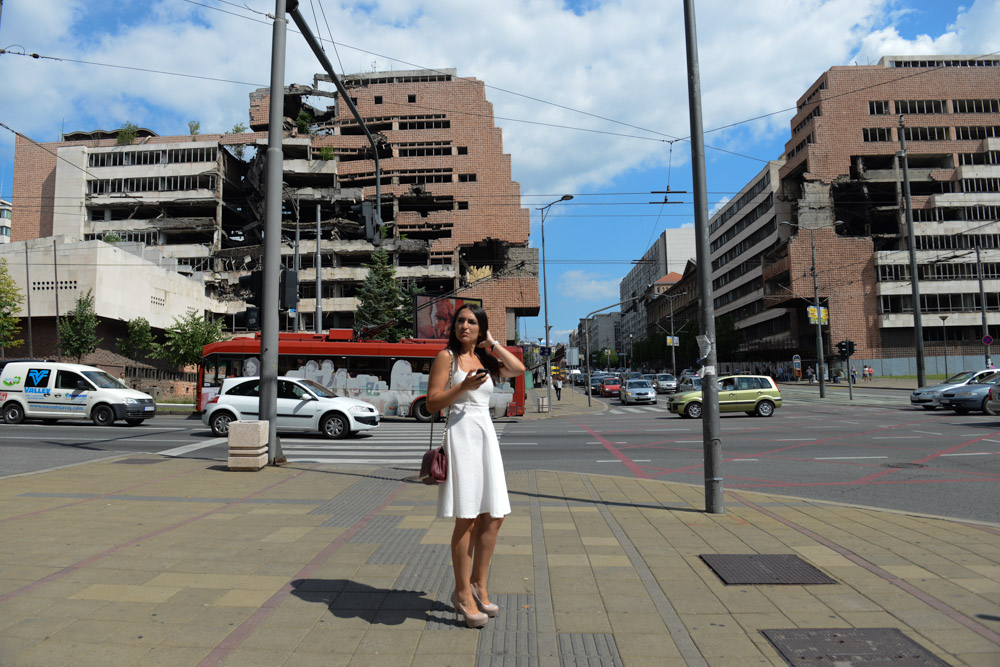 BELGRADE, SERBIA. A woman stands in front of the former Serbian Ministry of Defense (at left), formerly the Yugoslav Ministry of Defense, and the Army Headquarters (at right), which were hit by NATO bombs in 1999 during the conflict with Kosovo under former Serbian leader Slobodan Milosevic, which have been left since as a morbid reminder of sorts of Serbia's recent past on Kneza Milosa on June 29, 2015. Part of the Army Headquarters building remains in use.