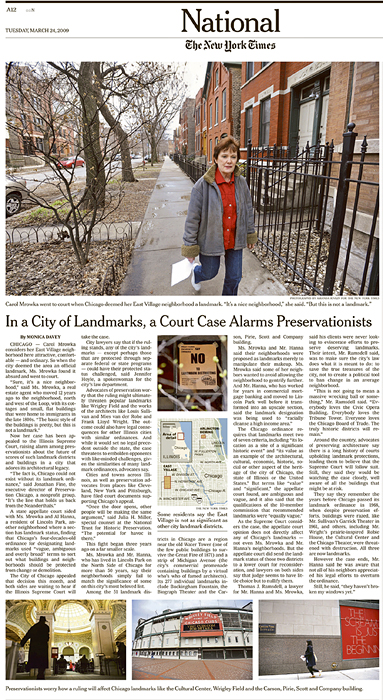 (Top down) Carol Mrowka went to court when Chicago deemed her East Village neighborhood a landmark. 'It's a nice neighborhood,' she said. 'But this is not a landmark.'; Some residents say the East Village is not as significant as other city landmark districts.; Preservationists worry how a ruling will affect Chicago landmarks like the Cultural Center, Wrigley Field and the Carson, Pirie, Scott and Company building. (Credit: Amanda Rivkin for The New York Times)

"In a City of Landmarks, a Court Case Alarms Preservationists," p. A 12,